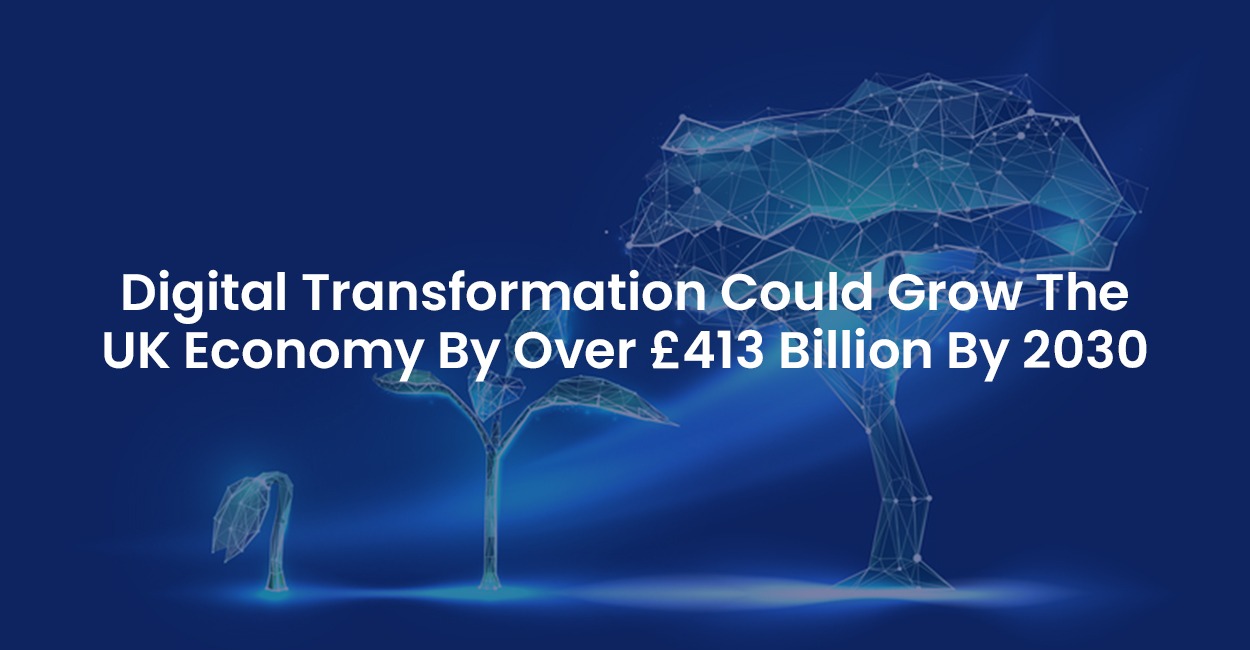 The potential of digital technology to boost economic growth and living standards in the UK is demonstrated by a recent study. According to new research, businesses that embrace and invest in digital transformation, including inventory tracking, social media use, and online advertising, might expand the UK economy by up to £413 billion by 2030.

The UK government released its Digital Strategy 2022 this year with the goal of enhancing the nation's status as a "Global Science and Tech Superpower" and promoting investment and innovation to enable the UK to remain competitive on a global scale. According to a survey by Public First on behalf of Amazon's cloud computing platform AWS, digital technology might boost the economy by more than £413 billion by 2030. That is larger than the SouthEast region's total GDP and equal to almost 19 per cent of the entire UK economy. It is also more than double the manufacturing sector's yearly output in the UK, which is £183 billion.

According to the report, Cloud Computing is a key component of the technology stack that will support the UK's digital future, and both residents and businesses perceive digital technology as one of the UK's most promising growth areas, second only to health. The research reveals that many organisations still lack the necessary resources to fully capitalise on digital opportunity, despite the UK's goal to consolidate its position as a worldwide superpower in science and technology. In order to realise its full digital potential, the UK will need to concentrate on boosting digital adoption, improving digital skills, and continuing to invest in digital infrastructure.

In terms of digital technology, the UK has already made strides. According to the UK Digital Strategy, the nation leads the globe in cutting-edge technologies, including artificial intelligence (AI), advanced semiconductor design, and quantum computing. It also has more unicorns and start-ups, and scale-up investments than France and Germany put collectively. The tech sector is currently expected to sustain almost three million jobs after growing by about 7 per cent annually in recent years, faster than the UK economy.

As stated in the research by Public First, more than half of UK organisations (53%) concur that the importance of digital technology has increased over the past five years. This becomes more apparent when speaking with major businesses with more than 250 employees, of which 89% consider technology is more significant now than it was five years ago. Public First's survey, however, revealed that a sizable portion of UK enterprises still has not yet benefited from digital technologies.

Based on the projections from the UK government, the number of people employed in the digital sector increased by 31.5% between 2011 and 2020. The UK's current digital workforce must be significantly increased as turnover and employment growth in the industry are now rising at a rate that is more than twice as fast as the economy.

Reskilling the current workforce is going to be crucial for the UK to realise its digital aspirations because 80 per cent of the workforce of 2030 is already employed. Businesses in the UK will be able to gain more from digital technology and the advantages of cloud computing if there is a larger availability of sophisticated digital skills. This can be done by increasing the number of specialists and improving the working professionals' digital proficiency.

More comprehensive digital transformation in the UK continues to be largely supported by digital infrastructure, including high-speed broadband and cloud computing. Low latency and cutting-edge technologies will be more crucial over the coming ten years to allow new processes for advanced manufacturing, smart networks, or autonomous transportation. Most of the top digital prospects for the upcoming decade are based on an underpinning technical stack that includes the cloud, which makes it possible for new technologies like machine learning and aids in business agility.

Despite the advantages that digital tools offer to businesses, digital transformation is not always possible. These digital goals demand investments in the appropriate fields. For the UK to experience higher growth and productivity, there needs to be a stronger emphasis on increasing knowledge of and support for businesses adopting digital tools, developing a more diverse talent pool to address the skills gap in the digital sector, and maintaining investment in the infrastructure that will support innovation and the next wave of digital technologies. Together, these will open up the wealth of potential presented by this digital era.