Students, skilled workers, and visitors from India make up the most significant portion of UK visas: Official Data 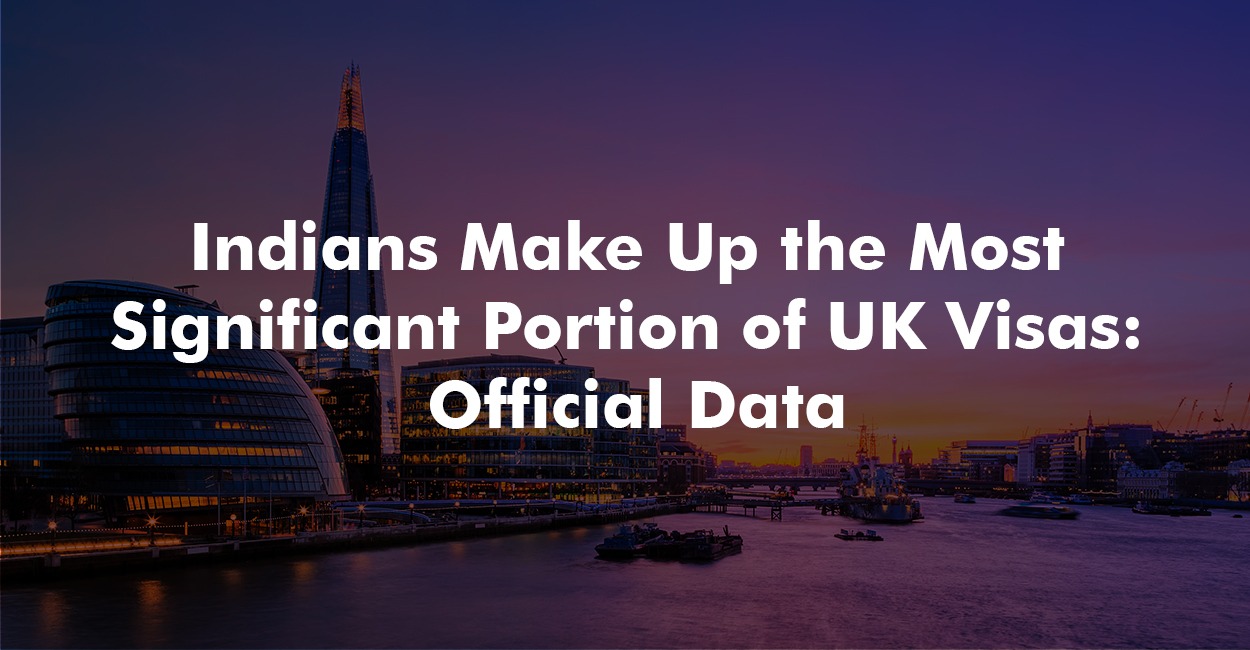 It is the first time since June 2011 that India has overtaken China regarding sponsored study visas in the UK.

The British government released official data on 26 August 2022, showing that Indian citizens received the largest share of UK student, skilled worker and visitor visas during the year ending June 2022. In light of the increased number of applicants as travel recovers from the pandemic and the prioritisation of visas for Ukrainians, British visa applicants have experienced severe delays in adjudicating their applications.

The number of Indians who received work visas reached 1,02,981 in June 2022, an increase of 80% over the year ending December 2019, just before the pandemic outbreak. For work visas, Nigeria, the Philippines, Zimbabwe, and the United States followed India (in that order). Indian immigrants received 46% of worker (formerly 'skilled worker') visas.

India accounted for 28% of visitor visas issued in June 2022, surpassing China, the largest recipient before the pandemic. (China has extensive quarantine requirements for individuals entering or re-entering the country). More than 2,58,000 Indians received tourist visas, which is a decrease of 50% from the 2019 calendar year. Chinese nationals experienced the largest reduction (6,12,495 or 95%) over the same period.

Mr Ellis reiterated, “As this shows, we’re experiencing an unprecedented demand for visas. I encourage students starting courses soon to apply as early as possible." On August 12, he tweeted apologising for the delays and acknowledging that they had caused many inconveniences to applicants worldwide. Mr Ellis stated in his message that Britain was training more individuals to process visa applications and maintain priority channels.