The Quickest Ways To Get ILR In The UK 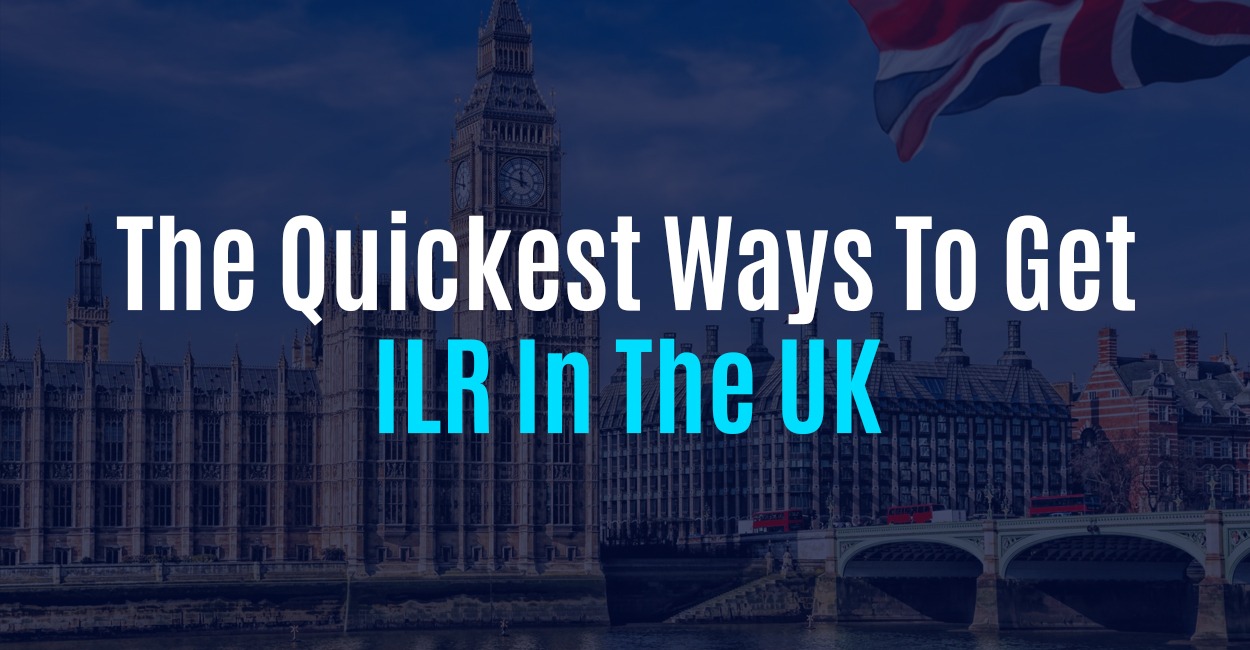 Many people simply wish to go to the UK without having any particular plans for what they'll do once they get there. The question of how to settle in the UK quickly is one that many of our clients ask us. This article will describe some of the shortest paths to settlement or indefinite leave to remain (ILR) for both those already in the UK and those seeking to immigrate.

Living and working in the UK is possible with indefinite leave-to-remain status, eliminating the need for additional visa applications. Additionally, it offers access to free healthcare and freedom of travel within and outside of the UK. Generally, in order to apply for indefinite leave to remain, you must have been in the UK for at least five years, but in some cases, you can do so after just three or even two years. Indefinite Leave to Remain is the first step toward naturalisation and full citizenship and allows a person to reside in the UK without any constraints.

Quickest ways to obtain an ILR

The quickest paths to settlement in the UK are briefly described in this article.

The UK Global Talent visa is an immigration pathway for talented and promising individuals in particular fields, such as science, humanities, arts, engineering, and technology, wishing to work in the UK. In February 2020, the Global Talent Visa replaced the Tier 1 (Exceptional Talent) visa.

In order to qualify for immigration under the Global Talent visa, applicants must have an endorsement from one of the six endorsing groups recognised by the Home Office.The endorsing bodies are:

There are two pathways available under the Global Talent Visa - Exceptional Talent, which is for professionals considered as leaders in their sectors, and Exceptional Promise is for individuals who have the potential to become leaders in their arena. One of our expert team members at Themis Technologies can help you understand which endorsement route you should apply.

Compared to its counterpart, the Tier 2 "Skilled Worker Visa," the UK Global Talent Visa offers a number of advantages.

The Global Talent Visa path allows for the acquiring of indefinite leave to remain status after a period of three or five consecutive years in the UK. The 3-year continuous ILR option is available to:

It's important to note that dependents' rules vary, and it's only sometimes the case that they can apply for ILR after three years alongside the primary applicant. In addition to the correct qualifying time period, the applicant must demonstrate that during the most recent leave, they earned money related to their area of expertise. For researchers, this documentation may take the form of a letter from the organisation where the funding was obtained, papers that indicate salary, proof of self-employment, evidence of company earnings, etc. The applicant will also need to fulfil KoLL standards, which include passing a Life in the UK test and an authorised English language test at level B1.

The Innovator path is intended for individuals who want to launch a company in the UK using an innovative, viable, and scalable business concept. The individuals in this pathway must have either contributed significantly to the company idea or created it from scratch. Currently, innovators must hold a crucial day-to-day management and development role inside their company and have at least £50,000 to invest in it in order to qualify for this category. Additionally, they will need to receive approval from a recognised UK endorsing organisation. After three years in this visa category, a person may be granted indefinite leave to remain.

Fastest settlement pathways for persons currently residing in the UK

By merging various leave categories rather than beginning a new leave period, those who are currently in the UK can settle more quickly. In some categories, it may be possible to rely on various time frames from other categories to compile the necessary duration for settlement.

To fulfil the 5-year requirement for settlement or ILR on the Scale-up route, time spent in the UK as a holder of a Scale-up visa may be coupled with time spent in any of the following routes: